The fallout from last night’s Money in the Bank PPV comes to you live for Raw from the Van Andel Arena in Grand Rapids, MI. 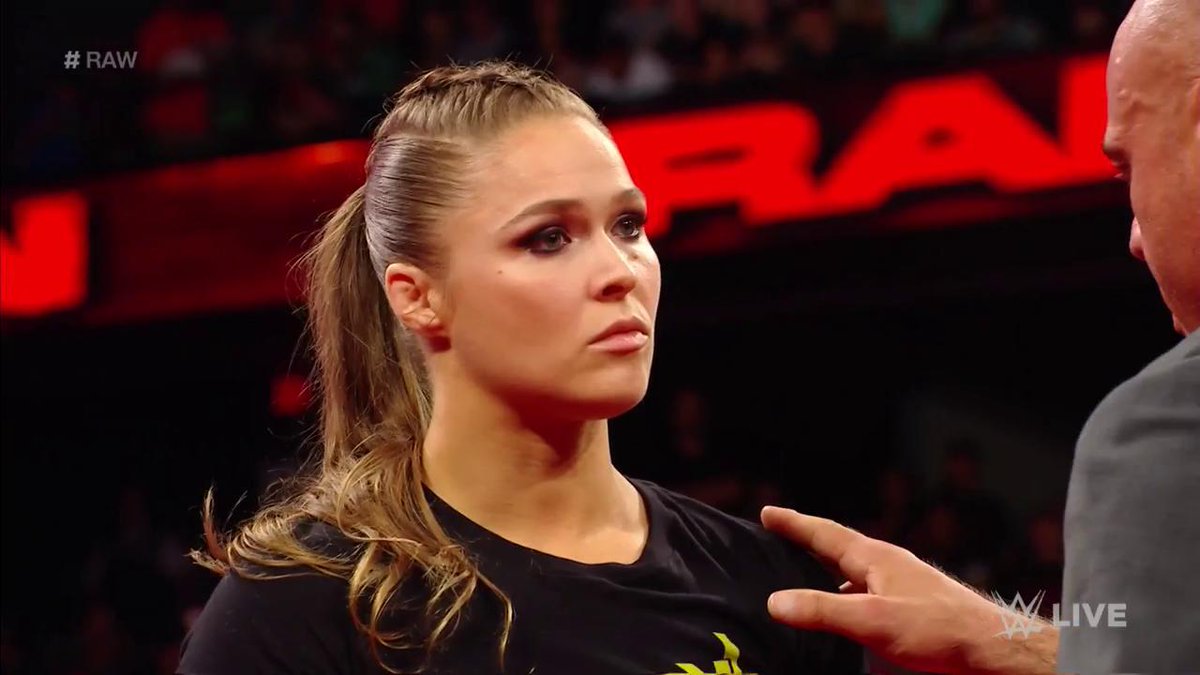 Ronda Rousey completely snapped after being called an underrated rookie by new Women’s Champion Alexa Bliss. Rousey attacked Bliss and when Raw GM Kurt Angle tried separating them he gets a Judo throw. Rousey grabs the Money in the Bank briefcase and begins to wail away on Alexa. Kurt tries to intervene again when suddenly Rousey starts attacking him with the briefcase! Officials come running down the ramp and Rousey disposes of them like nothing. Before she exits she puts Bliss through a table and the crowd goes crazy. Before the break, Rousey and Angle have a shouting match leading to Angle suspending Rousey for thirty days. 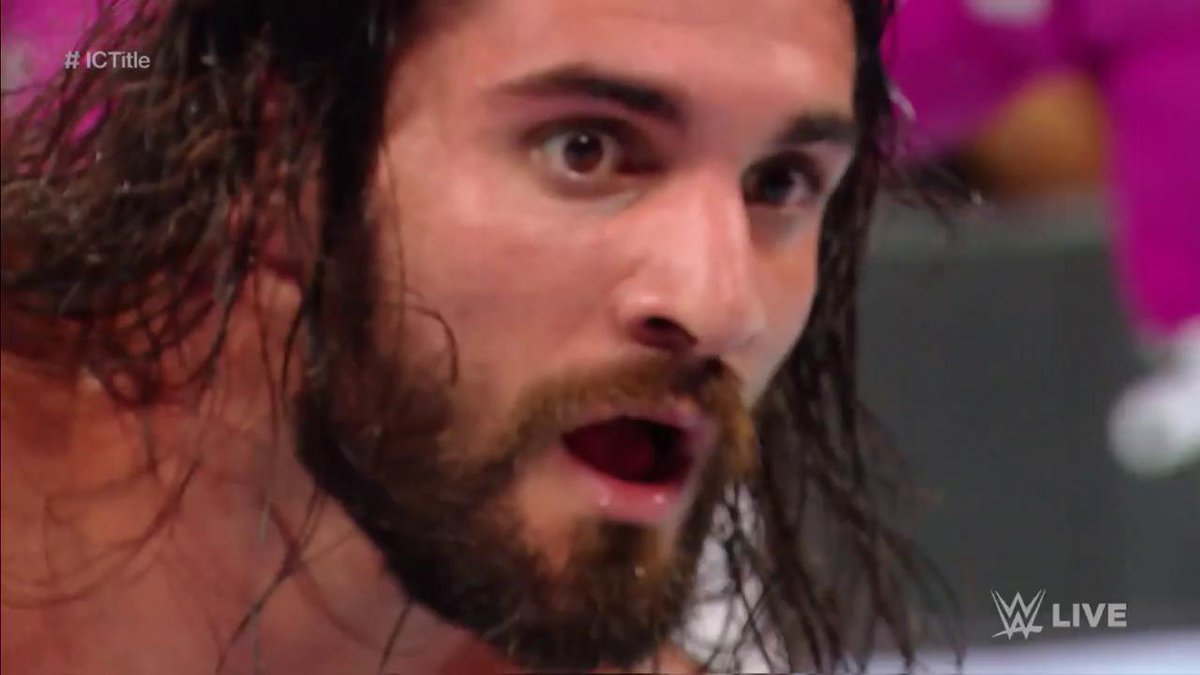 That was my reaction too. The match itself was decent, not amazing. Drew McIntyre was at ringside and caused a bit of a distraction for Rollins. Seth and Dolph trade rollups and handfuls of tights leading to Dolph getting the three count. So strange to take the belt off of Rollins right in the middle of an amazing career-making run. Rollins is attacked by Drew McIntyre and Dolph after the match so I’m guessing this is a program we’re getting? Again, why take the belt off Rollins?

Yes, Dolph, I will write a blog post about it so what?! 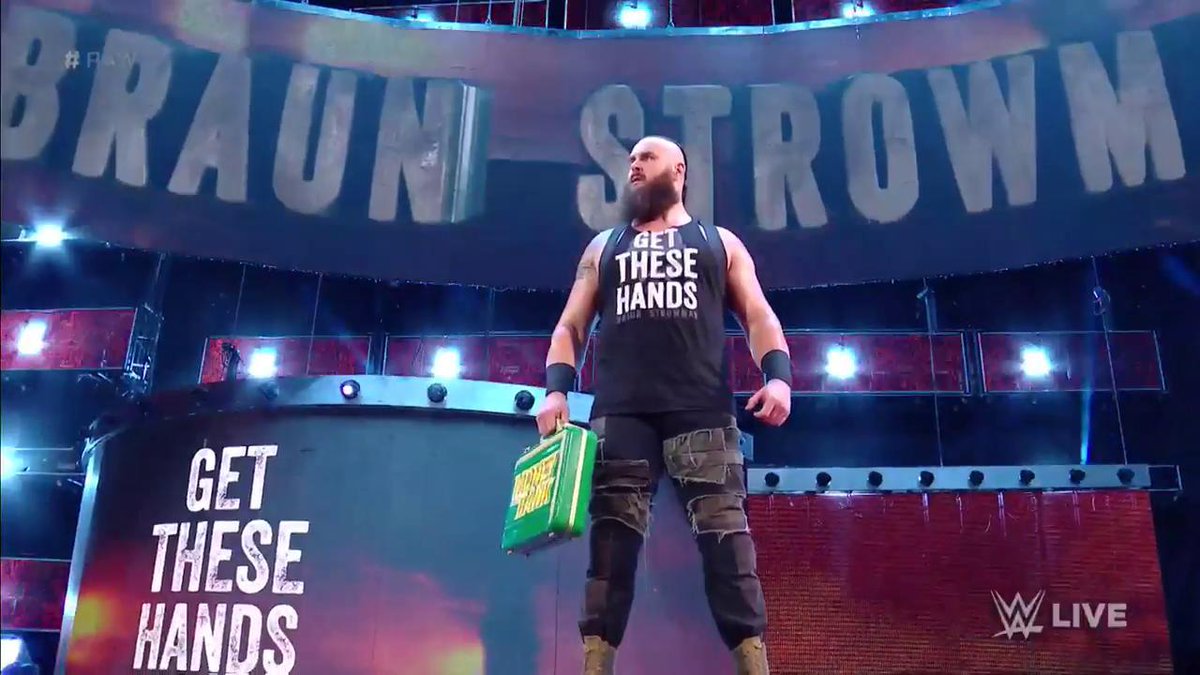 So Braun Strowman comes out to celebrate winning the Money in the Bank contract when he is interrupted by Kevin Owens, the man Braun threw off a twenty-foot ladder last night. The reason for Owens coming down to the ring is to extend an olive branch to Braun, so to speak. Kevin’s plan is to help Braun cash in the contract and win the Universal Championship so he can be the next contender in line. Kevin just wants a friend to watch each other’s back and he’ll do the same. Both men shake hands but Braun clearly isn’t in the mood to end the handshake. Braun picks Owens up and drops him with a power slam before leaving the ring.

The Deleters of Worlds defeated Rhyno and Heath Slater while Jinder Mahal defeated Chad Gable in both unnoteworthy matches.

Sarah Logan and Liv Morgan of the Riott Squad def. Bayley and Sasha Banks. After the match, Sasha and Bayley get into a shoving fight. This is the 187362245th time WWE has teased a conflict between Sasha and Bayley but will this be the time it leads to something? Time will tell.

Kurt Angle was about to announce who will be Brock Lesnar’s next opponent for the Universal Championship before he is interrupted by Roman Reigns then Bobby Lashley. Both men think they have a claim to challenge Brock which almost causes a confrontation between them. The Revival comes down complaining about two supposed top guys like Roman and Bobby always thinking they should get what they want without earning it. We have ourselves a Tag Match.

It was basically one of those deals where Roman and Bobby tried to one-up each other. When Roman looked to put things away with his Spear, Bobby tagged himself in and won with a Spear of his own.

This was a fantastic main event. Kevin Owens playing up being less than 100% was excellent. I’m usually not big on Corbin but he really impressed me tonight. He took on a bulk of the offense for his team and was not afraid to go at it with Braun. Hopefully, Corbin keeps this roll going. I was definitely surprised to see Corbin get the win clean after an End of Days to Balor but I’m not mad at it. Again it was a great main event well worth the watch.

That’s all for tonight’s Raw! I thought the main event made up for a lackluster middle of the show. Ronda keeps taking whatever is given to her and knocking it out of the park. What did you think of the show? Comment below or reach out to us on Social Media: